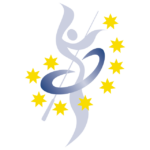 The European Association of Women Band Conductors is a young and unique association that aims to serve the female band world, developing and promoting the professional female band conductor in Europe in the fields of musical culture, communication and art in general.

Graduated in “Instrumentation for Band”, “Choral Music and Choral Conducting” and in “Orchestral Conducting” at the Conservatoires of  Aquila, Bari and Naples. Active in the field of Band music, she has followed masterclasses in conducting with Johan De Meij, Thomas Briccetti, Thomas Fraschillo and lastly Fulvio Creux, with whom she obtained her specialisation Diploma in “Band Conducting” at the Scuola Superiore di Musica “Accademia Musicale di Pescara”.

She has written articles for numerous music magazines and is the author of both compositions and transcriptions, published by the Italian publishers Santabarbara, Ludo, Eufonia and Scomegna, Studio Music of London and BAM International of Geneva. Some of these have been played, amongst others, by the “Fiati del Teatro dell’Opera di Roma” for Radio Nazionale “Rai radio Tre”, by the bands of the Marina Militare (Navy) and of the Esercito (Army); many of her instrumentations have been added to Steven Mead’s repertory, which he has recorded on the CD “Bella Italia”.

Her experience in the world of music for wind instruments is quite notable, so much so that she is often Guest Conductor for many orchestras. She has widened her knowledge of the opera-symphonic repertoire, working on Mozart’s “Don Giovanni” (with Renato Bruson and Claudio Scimone), on Leonard Bernstein’s “Candide” in co-production with the Bernstein Foundation of Los Angeles at the Teatro Argentina in Rome and on Puccini’s “Edgar” and “Le Villi” at the Villa Adriana. In 2007 she won a national competition as Second Conductor for the Banda Nazionale Italiana dell’Esercito (Italian National Army Band), receiving much attention from  the Press for having received such a high post in what was historically a male position. For the first time, the magazine “Amadeus” dedicated three pages to the Band world, pointing the spotlight on her, as the monthly “Class” magazine had done years before.

With the Banda dell’Esercito (Army Band) she has conducted in numerous prestigious theatres. M° Bona is also interested in the world of the Symphonic Orchestra and in the diffusion of Italian music and in 2019 was a guest of the Filarmonica di Brasov (Romania).

From 2013 to 2019 she was the Principal Conductor of the Banda dell’Esercito Italiano (Italian Army Band).

Renata holds a Master’s degree in Clinical Psychology from Oporto University (2013); in Orchestra Conducting from the University of Aveiro, 2016, PT); HaFaBra Conducting (band, fanfare and brass band) by the Royal Conservatory of The Hague (NL) with Professor Alex Schillings where she won the prize for best research of the year and conducted Banda Sinfónica Portuguesa in her final concert-exam in Portugal (2018); and lately the master in Music teaching (ensemble lessons) by Aveiro University (2019).

Céline Pellmont is a French flute player and professional band conductor. She started music when she was six year old and was playing in many wind bands in the region of Alsace. After her flute diploma degree from the Conservatoire “Ecole Nationale de Musique de Colmar”, she studied Informatics as well as Conducting, first with Maestro Miguel Etchegoncelay and with Maestro Felix Hauswirth in Switzerland (Musikhochschule Basel) where she graduated with honors. Céline has also a national Diploma in Conducting from the “Confederation Musicale de France”.

In 2019 she had the opportunity to conduct the Los Angeles Chamber Orchestra and work with Maestro Robert Reynolds. She created in France a music school in Hesingue and is currently conductor of two German bands: Musikverein Herten for ten years, was recently appointed conductor of “Musikverein Fahrnau” and work regularly as guest conductor in many international musical projects.

Sara Maganzini begun studying Conducting at an early age at the ISEB school in Rovereto, she then continued her studies at the Maastricht Conservatorium (NL) with M° Cober, where she obtained her Bachelor in HaFaBra Conducting in September 2012. In 2014 she returned to the ISEB in order to complete the final two years, studying with M° Josè Rafael Pascual Vilaplana (E) and M° Alex Schillings (NL) finishing in June 2016. Since 2015 she begun studying Composition at the Conservatorio di Musica “Bonporti” in Riva del Garda (I) and is now attending the final year of the Masters in HaFaBra conducting at the Koninklijk Conservatorium Den Haag (NL) in the class of M°Alex Schillings.

As a conductor she has led many wind bands and took part in numerous contests with them through the years. Since 2010 she conducts the Banda Istituto “Guetti” in Tione, with whom she won the “Indicibil(in)canti” contest in 2013; since 2017 she conducts the Corpo Bandistico “G.B.Pedersoli” in Chiari with which she has a very intense artistic activity and since 2019 the Banda Sociale di Mori-Brentonico.

Since 2014 she is occasionally invited abroad as a guest conductor and in 2015 was nominated international delegate for the Spanish association of wind band conductors (ANDB).  In July 2016 she participated in the International Conducting Contest in Augsburg (D) and in March 2017 took part in the pre-selection course to participate in the Conducting Contest at the World Music Contest in Kerkrade (NL) held in July 2017. Last but not least, she took part in the Bilbao Conducting Course and Contest in January 2019 where she was selected among 52 conductors and reached the Final round. 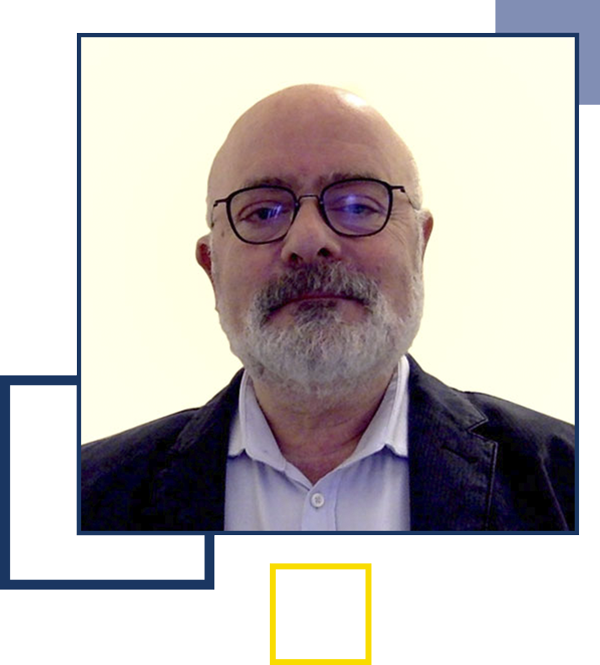 After High School in Piacenza (Italy), he obtained a Philology Degree in Foreign Languages and Literature (German and Russian) studying in Milan, Zurich and Berne.

After moving to Switzerland in order to follow his new occupation, he specialised in business administration and sales management in Fribourg (CH), enrolling on the Swiss Commercial Registry.

Having moved temporarily to what was East Germany In 1989, he then moved to Russia, where, until 1993 he worked as a freelance journalist and correspondent in Moscow, Kiev and Vilnius.

Once in Lithuania, he worked in publishing and typography for about 20 years, managing various important national companies.

Since 2011 he has worked in the import-export industry in Switzerland, founding his own company with a partner.

Since 2018 he has managed several companies in different sectors and since 2020 he has been following a new import-export company.

As he has always been a classical music enthusiast, he has willingly accepted a role in the administration of the EAWBC, fascinated by the ideas that it presents.

He speaks Italian, German, French, Russian and Lithuanian correctly. He likes to use Swiss German whenever possible. He also has a good knowledge of both English and Spanish.

He loves the Hungarian language (which he studies during his rare spare time).

Any cookies that may not be particularly necessary for the website to function and is used specifically to collect user personal data via analytics, ads, other embedded contents are termed as non-necessary cookies. It is mandatory to procure user consent prior to running these cookies on your website.